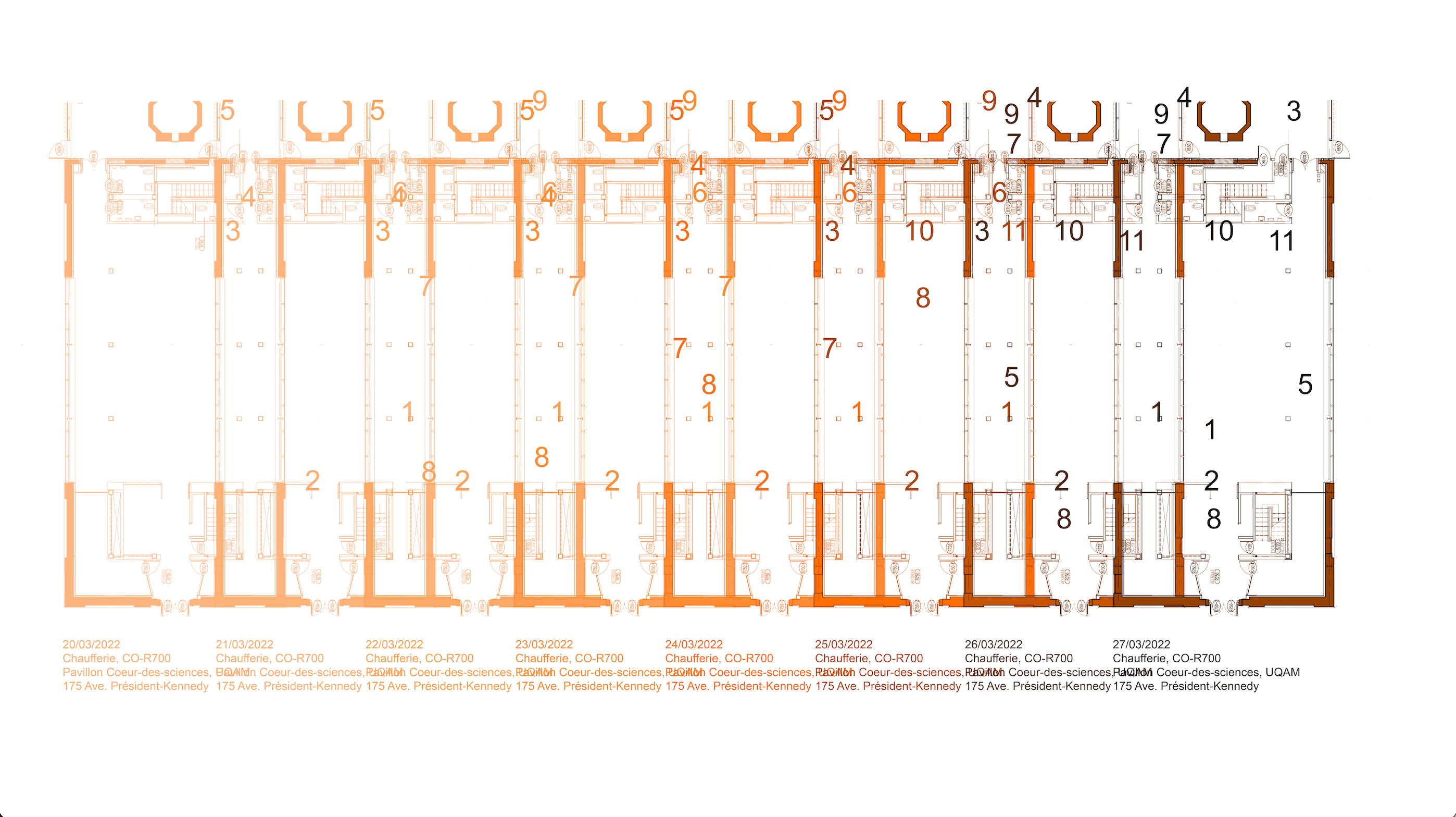 IWantmyStuffBack is a performative protocol as well as a sculptural and video installation created by Antoine Caron [student member, UQAM] and presented at Chaufferie du Pavillon Cœur-des-sciences de l’UQAM from March 21 to 27, 2022 as part of a residency held at Hexagram in the winter of 2022. In February 2019, a fire on the second floor of a commercial building housing a rental storage site forced the eviction of a community of artists and artisans who were clandestinely renting studio space from the owners of the company.

Antoine Caron, is an artist-researcher living and working in Montreal (Tiohtià:ke/Mooniyang), founding member of Atelier La Coulée, he is a Master’s candidate in Visual and Media Arts at the Université du Québec à Montréal (UQAM). He holds a Bachelor’s degree in Studio Arts and Art History from Concordia University. His sculptural and installation practice is largely influenced by the work of conceptual artists active since the 1960s. His work, rooted in radical political and materialist philosophical propositions, has been presented in Montreal, notably at the Darling Foundry, as well as at community events and at the Nuit des idées 2021. His work has been supported by the Hexagram network and by Médiane | Chaire de recherche du Canada en arts, écotechnologies de pratique et changements climatiques.

Antoine Caron would like to thank the Médiane research chair, the Hexagram network, Atelier La Coulée, the Fondation de l’Université du Québec à Montréal and the Fondation de l’Université du Québec for their support in this project. He thanks his research director Gisèle Trudel, Julien Charron-Forget, Sophie Levasseur, Athanasia Blounas, André Girard and Patrick Veys for their precious help.