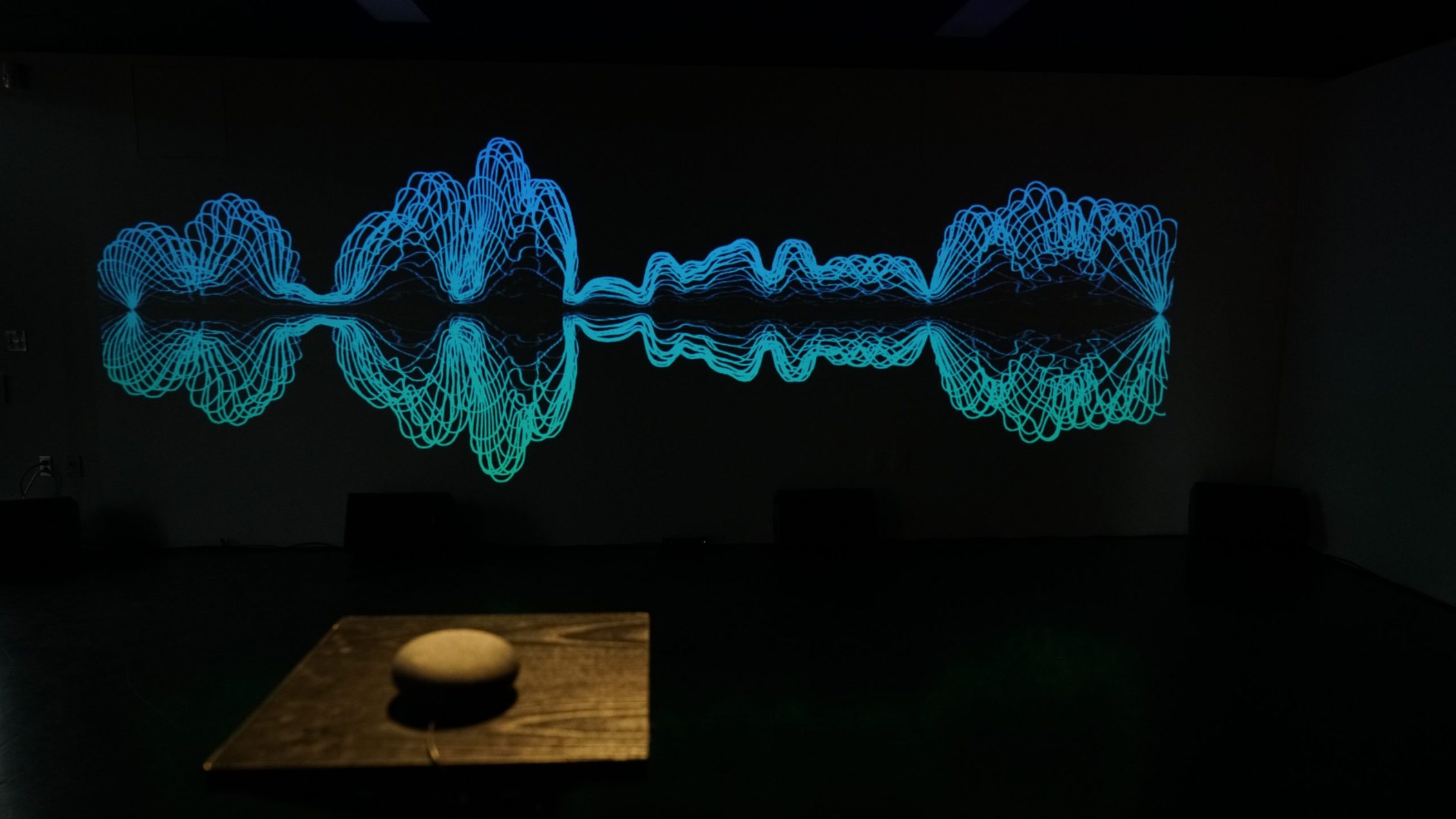 In this Demo, Victor Drouin-Trempe [student member, UQAM-UdeM] presents a prototype initially conceived during the seminar given by Nicolas Reeves [co-researcher member, UQAM] in the context of his doctoral research in Art Studies and Practices entitled “Time as an actor and character in the creative process”. The Empreintes sonores project was thus conceived, on the one hand, to offer a reflection on the relationship to time and, on the other hand, to explore certain questions stemming from the problems of his doctoral research.

In this project, Victor wants to explore the links between non-human agents (specifically voice assistants, such as the Google Home) and human agents, as we see new ecosystems being built in which closer and closer links between machines and humans are forged.

A study has shown that Google Home Minis activate on average 0.95 times per hour, or 1.43 times for every 10,000 words spoken [1]. They often activate by mistake, as they can detect words that are similar to wake words. With each activation, the assistants record an audio segment that is then sent to Google’s servers. In this collected data, there may be private discussions with potentially sensitive content that can be exposed to third parties. [2]

Empreintes sonores seeks to expose the weight of all the accumulated (and often useless) recordings made with these devices.

In the installation created during his residency in the summer of 2022, a Google Home Mini listens discreetly and records continuously. The captured sounds are replayed in a random way in the 4 speakers and mix to finally end up in a sound dump – an imaginary virtual space in which would be found all the unused sounds that have been previously recorded by the digital assistants.

Once a certain threshold is reached, a fragment of sound is recorded and the sound wave is projected onto the wall, as if the sound was frozen in time and space. A motion sensor tracks the movements and allows the sound wave to be explored. Rather than letting the sound reach the ears, it is rather, on the contrary, our ears that have to move to explore the sound: the latter frees itself from its ephemeral and singular nature to inscribe itself in space, which allows us to perceive, for an instant, the sound imprint in the environment. After a while, the sound trace fades away and mixes with the other ambient noises.

Thanks to Hexagram for the space and the residency, Victor Brayant and Max Boutin for the technical aspects, Jean-Philippe Côté for the TouchDesigner programming and Jules Roze for the sound visualization work.

[2] VRT NWS, Google employees are eavesdropping, even in your living room. Accessed on 07/31/2022, https: //www.vrt.be/vrtnws/en/2019/07/10/google-employeesare-eavesdropping-even-in-flemish-living-rooms/.

Victor Drouin-Trempe is an artist, researcher and professor in sound creation and philosophy at Cégep du Vieux Montréal. He holds a master’s degree in philosophy and is currently pursuing a doctorate in Art Studies and Practices at UQAM. His current research is based on the exploration of the characteristics of what can be called a “living sound”. In practice, the work consists in finding ways to elaborate “sound creatures” using algorithmic compositional tools, in order to lead to a broader philosophical reflection on the nature of the living.

He also produces and composes electronic music under the pseudonym v.ictor and is mainly inspired by the microminimal scene. Combining sounds of nature that he captures with digital recorders and sound synthesis designed mainly with modular synthesizers, he builds a rhythmic and richly textured music. His pieces have been published on labels such as Archipel, Klangscheiben, WelterRecords (Verzila), Jambutel, Rebbot Prague, Forest & Rivers, Eminqc (Unlog) or Rodark Records and he has performed in numerous events and festivals such as Mutek, MoisMulti, Society for Arts and Technology (SAT), Eclipse festival, Nuit blanche…

He is also a member of the group SiliconBeats, an artist collective that performs improvised electronic music.