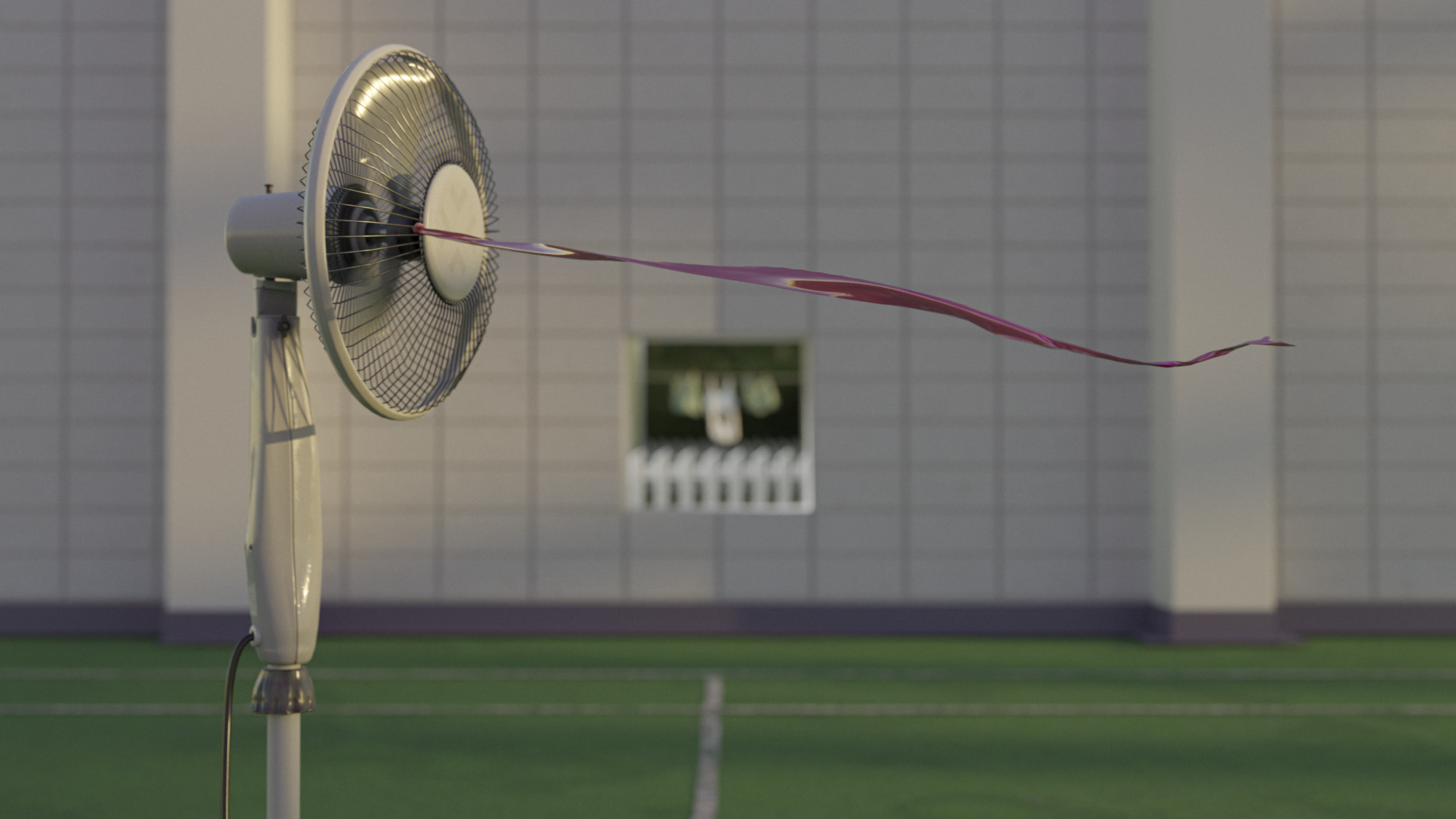 Slow Track is a computer-generated video which restrains the limitless visual possibilities found in current computer animation technologies. With the intention of questioning the structural and aesthetic nature of the virtual image, Slow Track forgoes the excess, speed, surrealism, sci-fi, and fantasy commonly associated with computer-generated imagery.The work deploys a hyperrealistic, slow, gentle, and possibly mundane image which is wary of the software that produces it. The spotless, sterile virtual spaces commonly rendered in architectural visualizations are replaced here by spaces with dust, dirt, and clutter. Although rendered to approach photorealistic image quality, the images on screen have no real-world bearing. They are generated fully with a computer whose production amounts to thousands of silent ‘image files’. There is no blowing wind, and the places depicted are nowhere in particular.

Rather than a CG image that seduces us with excess, this is one which asks for patience. On screen, the digital perspective slowly moves backwards, then forward, oscillating between two fixed positions while traversing newly emerging environments. Attention seems to linger on mundane objects: a scratched can, a bathroom stall, or leaves blowing in the wind. The animation unravels slowly. Things are left unexplained, and there is a focus on static or slowly moving frames. The sound in the work plays with the audio conventions associated with computer games, motion graphics, and advertisements—constantly reminding the viewer of the artificiality of these images.

Timothy Thomasson is a digital artist based in Montreal. His work questions the ways moving images are produced and consumed within historic and contemporary contexts, particularly examining the effect computer generated images have on society, culture, and perception. He works primarily with computer animation, and utilizes real-time computer graphics technologies in many of his works to create continually generative environments and systems. Thomasson holds a BFA and MDes (expected 2022) from Concordia University in Design and Computation Arts. Thomasson’s work has been presented in various galleries and festivals in Montreal including during Eastern Bloc Sight and Sound (2021), and MUTEK (2021). His work has also been nominated for the New Technological Art Awards [NTAA] (2022) in Ghent, Belgium.