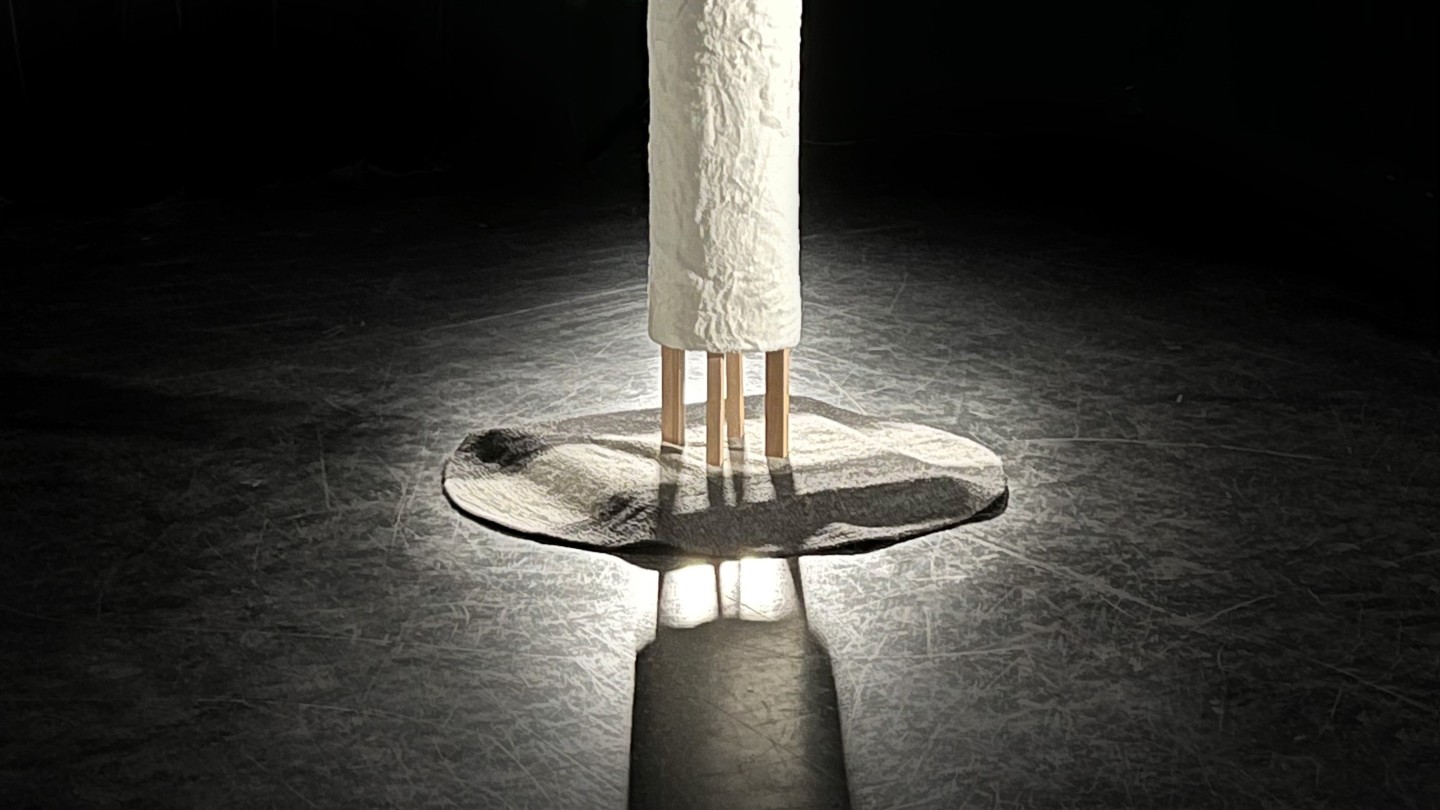 ON/CONTACT : When art and public meet

ON/CONTACT by Marie-Eve Morissette is an interactive installation in the form of a haptic column that the interactor presses against his body. The encounter between being and device generates an immersive sound and vibratory environment that captivates the senses and invites touch, as does the bewitching materiality that envelops the structure.

This tangible interface proposes new ways of exploring our relationship to connected objects. The project is part of a change of approach based on encounter rather than control by offering different possibilities of interaction based on a logic of openness. In a post-pandemic context where proximity, closeness and contact have been severely tested, this anti-distanciation object reinitializes the fact of bodies touching, and being in presence.

This installation is the result of a research-creation process following heuristic cycles (Paquin, 2019). To support this process, the iterations, prototypes, and models that contributed to the creation of the haptic column were also presented at the July 22 public event as part of a residency at Hexagram (Salle d’expérimentation).

The haptic column participates in a continuous process of creation where the mise en espace is an integral part of the approach because it serves a twofold perspective. First, it makes the work dialogue with its own evolution. The installation in two distinct spaces – one space for the process and the other for the work – facilitates the observation of the evolving links between the parts and the finality of the project. Secondly, it achieves the representation of the object as a work of art. This contextualization constitutes a form of autonomization allowing the installation to be considered for itself. The relationship to the installation thus renewed makes the project switch from the status of working prototype to that of work given to be seen and to be lived, and thus establishes the meeting of the work with the public.

The disclosure of the research-creation process creates a space conducive to reflection, experimentation and public encounter. This context allowed us to identify avenues of development, share memories and draw analogies in relation to the haptic column. Some of the proposals were tested live during the exchanges, notably those concerning lighting and interactivity.

The spatial setting in a vast and open space inspired the development of a new sound and vibration framework. The original sounds, reminiscent of a familiar soundscape, were filtered to make them more abstract in order to invite imagination, active listening and to awaken curiosity.

Finally, the soft and cosy material of the column is part of the encounter as a result of the tactile pleasure and the comfort it provides. The surface is modulated by the caresses and the touch that create textures and patterns as traces of the encounter. A closer embrace activates the tactile sensor and unfolds a new soundscape with each new contact, renewing the experience.

Marie-Eve Morissette has worked for twenty years as a designer where her transversal practice has led her to work on different scales and in various fields. Her current research focuses on the concept of the encounter in installation devices that mobilize materiality, interface, haptics and sound. She holds a master’s degree in environmental design and a DESS in event design from UQAM, and is currently completing a master’s degree in digital design at NAD-UQAC. She is actively involved in other research projects such as the Mimesis laboratory (NAD-UQAC) and Médiane, the Canada Research Chair in Arts, Ecotechnologies of Practice and Climate Change (UQAM).